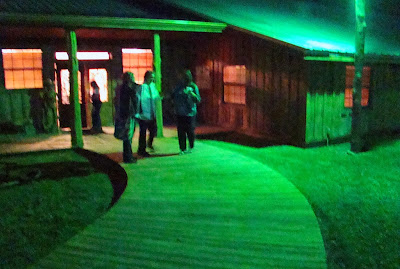 I started my career as an arts/entertainment correspondent for ABC40 Bryan-College Station by covering this story, which is very close to my heart. It was a golden beginning for me and Navasota River Halls, and sweet fruit borne over years of preparation... as history was made in the Brazos Valley...

Michael Havens, owner of this amazing new music venue, had to be pleased with this maiden voyage as his flagship set sail under a full moon with a stellar line-up of entertainment. A grand concept seven years in the making, his 16,000 square foot facility will become a venerated Brazos Valley landmark, sure to  give visitors their fix for smoke-free Texas-styled entertainment. I could wax on... but I'll let the pictures and captions tell you what you missed. But for over a hundred delighted music fans, it was a night to store forever in their file for "favorite places," and a place to go back to as often as possible. 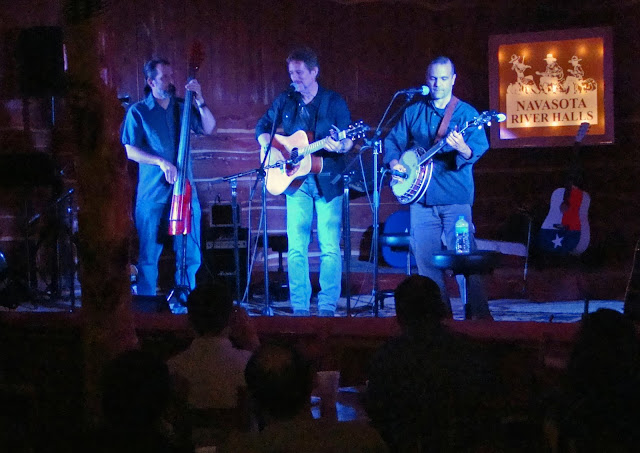 Front and center were the Sounds of Nashville,  a.k.a. Dan Miller, Brad Davis and Tim May.  It would take some of the best musicians in Nashville such as these to be able to match this stunning new venue... and stand the competition with the awesome surroundings. They held up mighty fine. 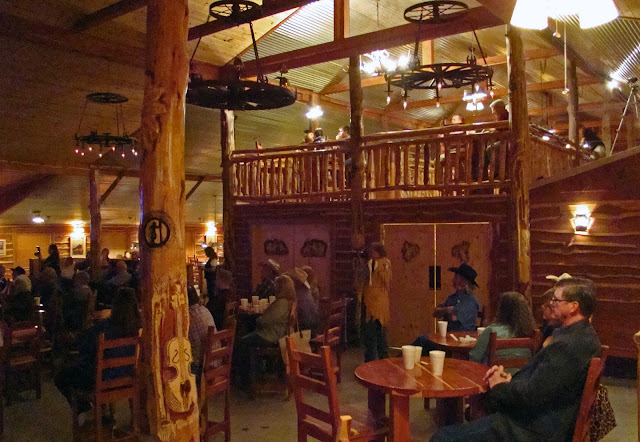 This was a monumental, multiple epiphany for Navasota, Texas. Happy local folks finally got to see and experience Haven's vision after watching construction on the edge of town for seven years; The bluegrass community got to discover a fabulous new venue for their genre; Michael Havens finally unveiled what he has been explaining to the expectant music world for so long, as The Sounds of Nashville brought their guitar virtuosity to the Brazos Valley. And I, your very humble correspondent, made my debut as a reporter for ABC40, and had the pleasure of covering this wonderful event, so crucial to the economic development of Navasota, with television cameras! WOW!

[This will be the last time I get to WOW myself. From now on, it's strictly business. In fact I will begin, in this time of beginnings, another blog, especially for my coverage of the Brazos Valley arts and entertainment scene.] 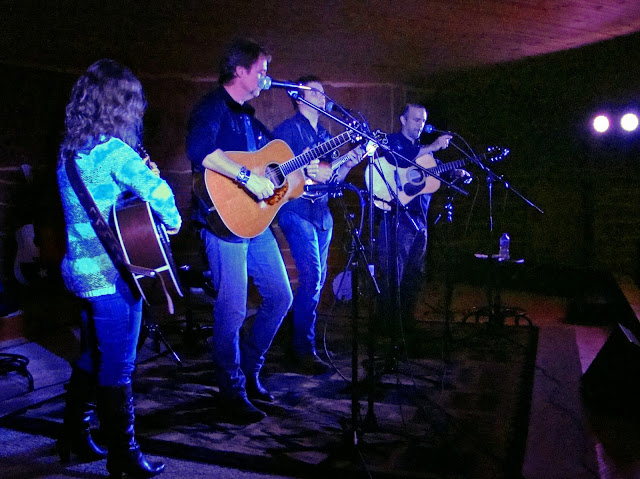 Younger members of the Armstrong family join the show for the finale.

Congratulations to Michael Havens  for his vision, now materialized, after all of his hard work. And special thanks and congratulations to Scott Armstrong and his family and volunteers for their efforts which brought this event to  pass. Almost everyone was glowing with smiles of real joy for the excellent, golden beginnings of what is sure to become a Texas legacy. Some were just plain tuckered out.

Eventually everybody will come to realize the significance of what they experienced, in time...

But as for Navasota music lovers...  WE are ecstatic!
Posted by Russell Cushman at 10:48 AM