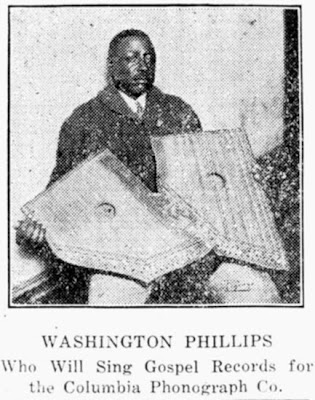 When Valery and Svetlana came into Blues Alley, and I was introduced to them, I immediately began to share my diatribe on Brazos Valley blues, totally unaware of who they were. But soon it became obvious who could teach who the most. Gently, Valery began to share his accomplishments as a blues historian, and although from Russia, he knew more than I did about one of my favorite subjects. Thank goodness Svetlana spoke good English, and I was able to glean valued information in a short time.

Perhaps the main big thing was the presence of so much Russian scholarship on our unique American  music.  Valery Pisigin has written dozens of books, and around half a dozen on blues. One of them features a list of Texas blues men, including Washington Phillips, a little known Texas Gospel singer and musician. I had never heard of him, and we pulled him up on You Tube and WOW, these Russians turned me on to a true music treasure... So now I can introduce you to somebody you should know about!

When I ran for City council, I spoke to some black churches one Sunday, and I distinctly remember hearing one of his songs.. "I was born to preach the Gospel," [ and I sure do love my job.] I remember at the time, the energy exuded by the whole church as they sang this Negro classic, and wondering who had made it up... it surely was something from so far back, nobody probably knew.

The Russians knew. That should shame all of us. I'm pretty sure I have heard another local group,  The Mighty Sincere Voices, led by local upholsterer Willie Creeks, singing it as well. On their latest album, Sing Sing In Glory, they have changed the words some and call it "Jesus got me hired." The song has endured and been passed around for decades...

Washington Phillips was born in Freestone county in 1880. He actually was acquainted with the famed Blind Lemon Jefferson, who lived near where he did, and is believed to have performed with him. But Lemon was a debaucher and Wash was a church deacon, and they had very different paths. Lemon recorded with Paramount, and Wash recorded for Columbia in Dallas. His first recordings were made at the same time that Blind Willie Johnson made his first recordings in Dallas for Columbia, in 1927, suggesting they probably knew each other as well.

He ultimately made eighteen recordings, before returning to near complete obscurity. Still, he is credited for being an early founder of American Gospel music. His music was so striking, so haunting, even heavenly, that people all over the world are still talking about him today. The idea that many musicologists, all over the globe, are caught up in a dispute about whatever it was he did to get his results, proves that Phillips was no country bumpkin. Somehow he got his hands on some rare instruments known as zithers and concocted his own musical instrument out of them that has had music historians scratching their heads for decades. The effect was startling, fascinating, and the idea that this country "jack-leg preacher" from Freestone County, a black tenant farmer with little or no music education, would invent such a sound was wonderfully preposterous. 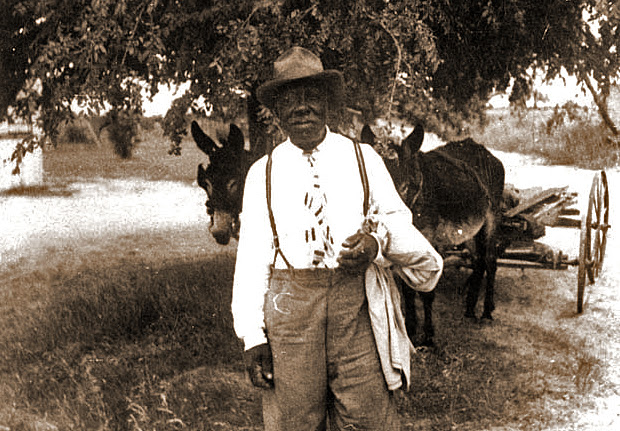 Friends and relatives described Phillips' mysterious music machine as a sort of homemade banjo... piano stings inside a box, "some kind of instrument some white folks gave him..."

Washington Phillips was known to play his "harp" and entertain folks around Simsboro and east Texas for many years, but he never sought fame or recognition. He was much better known as the guy selling the homemade ribbon cane syrup from his wagon. He truly loved his Lord Jesus Christ and cared only about reaching his community as an ambassador for Him.  He would sing his Gospel classics with such earnest Faith, and he lived such a life that was unquestionably pious, that he seemed to live a fulfilling life as a servant of the Lord, with complete contentment. Meanwhile, music enthusiasts all over the world are still listening to the surviving sixteen Columbia recordings with adoration. Washington Phillips died from complications from a fall in 1954, at age 74. His legacy is now available on CD, through Yazoo records.

A simple man, with a singular purpose, just trying his best to glorify his Lord, unknowingly rose to worldwide significance, and never knew about it. He had done something extraordinary, and he probably never gave it a lot of thought. That may be a couple of lessons for all of us.

Click on the LINK below and hear Washington Phillips and his marvelous dual zithers for yourself...
God bless!

Posted by Russell Cushman at 8:36 PM