It was a packed house at Mallett Brothers for our third Blues Capital Revue.
After a couple of years of financial debacles promoting local musicians, we at Blues Alley took a little time off this year. ..


But Lo and behold, the local musicians did not want the two year “tradition” to stop, so Misslette the Singing Cowgirl got everybody together and made a wonderful event at Mallett Brothers BBQ, to kick off the 18th Annual Navasota Blues Fest with some local talent… And it was a smash!
The loyal Navasota public filled up the place, leaving standing room only. This just made Bert and I glad we finally got out of the way. Thanks again to Mallet Brothers for hosting this event, which meant a lot to everyone. And thanks Misslette for never, never, never giving up, no matter how much I try to convince you otherwise.

If you missed it, you really missed a glowing moment of Navasota history.


For the first time in my experience, we got several of our excellent local recording artists on the same stage, often playing together. I’m pretty sure Misslette was in cowgirl heaven, with such stellar musicians backing her. She genuinely loves these musicians and Thursday night they loved her back. Several years of jams led by her at Blues Alley, the VFW hall, and now at the Filling Station have successfully sewn the music community together, and it was a sight to see. And a privilege to hear.

Here are a few highlights! 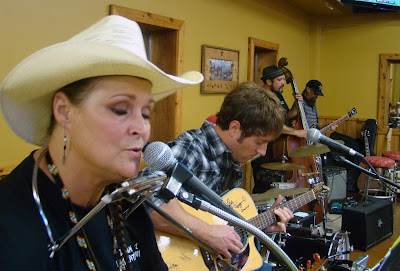 WOW! A whole string of local stars, a veritable constellation of elation, shows the best of our musicians in their best combined effort ever.Misslette, Randy Pavlock, (Clay on drums but out of sight), Chris Puente on stand up bass and Tubie Pushee help bring Misslette’s Down Home Blues home to Navasota. 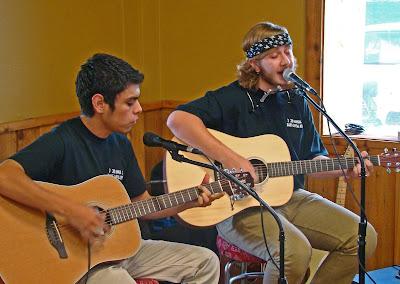 Musicians filled in between the sets… so there was little down time, as Robert Herrera and Saul Garcia, high school-aged artists, showed what a promising future our music community has. Everybody was impressed with them…this is the kind of fun we have every Friday night at the Filling Station Diner in downtown. 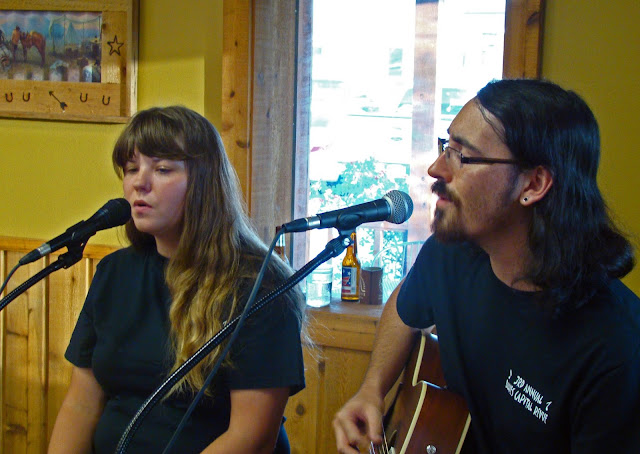 Dave and Sasha Webster blew everybody away with their powerful vocals and haunting deliveries, that kept everybody nodding and smiling and ready for another song. These two could go on the road, but God we would miss them. And with a brand new baby, maybe we can hold on to them a little longer! 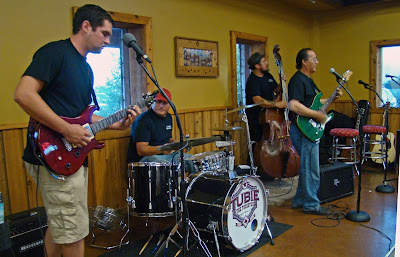 Probably the biggest hit of the night was Nick Baca’s original rockabilly-roller anthems. We had met him just a few weeks ago, but what a find! He brought the house down, with the help of Jason Shive’s electric guitar licks. Both of these artists played original songs, and their energy and enthusiasm were very easy on the ears. 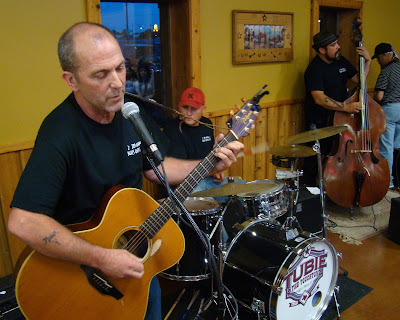 The biggest, most pleasant SURPRISE of the night was when local restaurateur Mitch White took the stage and convincingly performed a couple of riveting original songs that should be recorded. Everybody knows Mitch, but nobody but those of us at the jam session at his restaurant, knew what talent he has been hiding. This was his public debut, and he ROCKED! Yeah, I’m kinda proud of all this… Then I even got to sing a few songs. 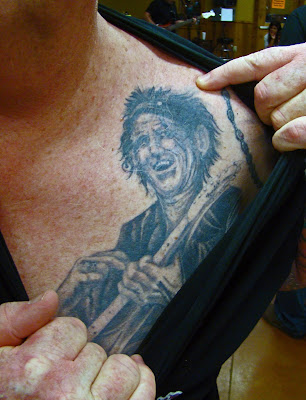 Thanks to Steve Seymour, we can say that KEITH RICHARDS WAS THERE, IN THE FLESH! 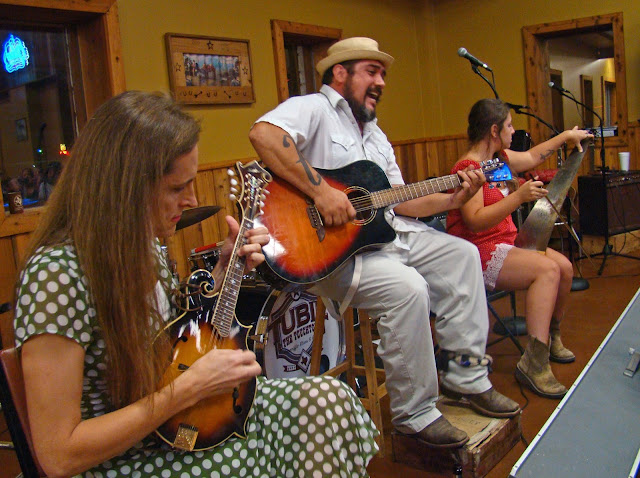 Planning a possible tour of the west coast, the Old Bridge Rhythm Band brought their arsenal of folk ways and played without any microphones. The crowd quieted down and they were well rewarded. Maybe someday they will manufacture electric SAWS for music, but in the meantime, Erin leaves everyone spell bound with her blade. 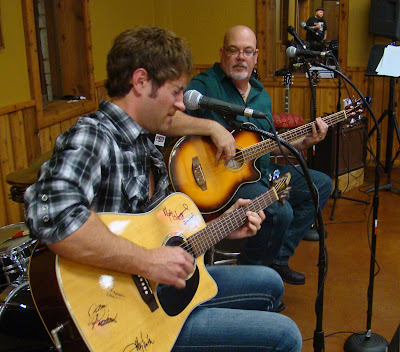 Still young and full of surprises, blues-rocker Randy Pavlock showed up with his acoustic guitar and Will Rose, his favorite acoustic bass player, proving his versatility and creativity in a given venue. What came out was a veteran performer, still growing and still making great music. Check out the signatures on that guitar! 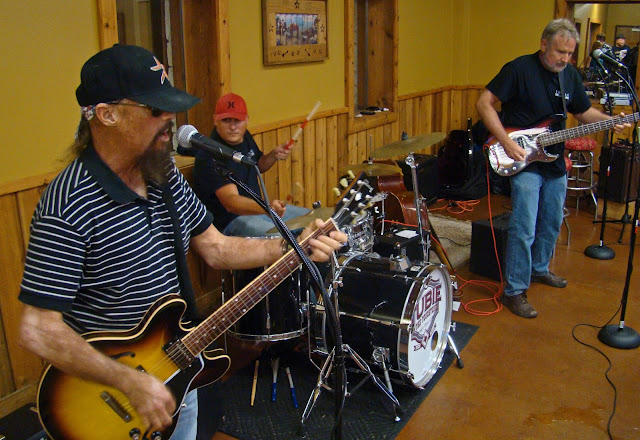 Last but never least were Tubie and the Touchtones, led by Tubie Pushee who once again demonstrated why he is the undisputed dean of Navasota musicians. When asked about his participation, he committed himself and all his resource to the event, which, in typical Tubie style, meant loaning his drums, and oh yeah, Clay HIS DRUMMER, for the whole event. He has never been part of a problem, and always been a part of the solution whenever I’ve been around him. But he’s not just a great guy… nor his band members, but top professional musicians whole can lay it all down and give you a memory.

Thanks to all the musicians who made this possible, especially to Misslette, who pulled it all together. And for those who came out, thanks for supporting LIVE MUSIC in Navasota!
Posted by Russell Cushman at 10:36 AM