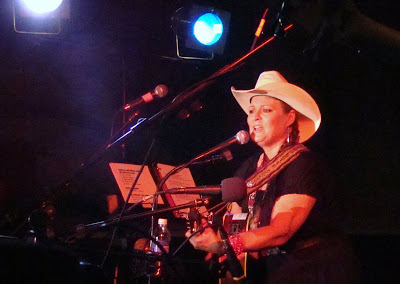 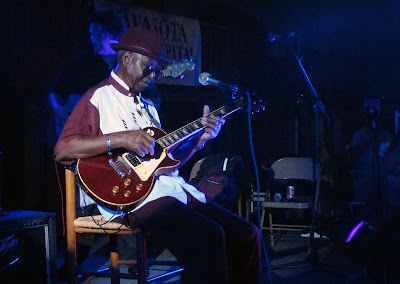 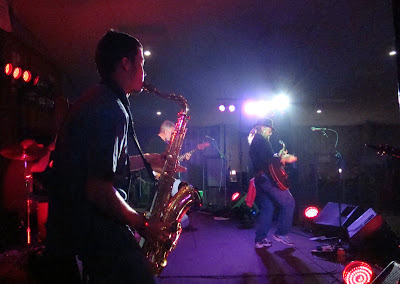 As can be expected, every year the BluesFest brings some unexpected musical treasures. I guess we can call these the annual "Cushie" awards.

Most Amazing Transformation into a solid blues performer:

Goes to.... Misslette The Singing Cowgirl. Actually, she has had it all the time. Shame on her for not showing off sooner.

Goes to Texas Johnny Brown, when he deftly picked as he sauntered and smiled amongst his adoring fans, engaging with them in something beyond entertainment.

Goes to Michael Gaskin, the AWESOME sax player who now makes Tubie's Touchtones an unstoppable force. His playing so beautifully weaves in with Tubie and Les that it is hard to believe they have not been working together for years.
Posted by Russell Cushman at 7:01 PM