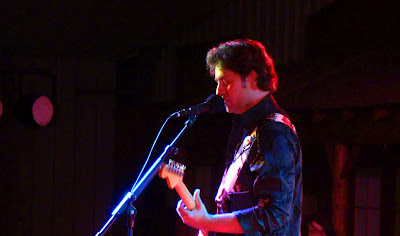 Hey Joe. Where ya goin’ with that money in your hand?

Over the years we have heard Jimi Hendrix, the Byrds, The Music Machine, Deep Purple, Led Zeppelin, ZZ Top, and many more do this song. So much so, we have never really thought deeper about it. It’s a great song; An essential American classic. Everybody has to do their version of it. But because of over saturation, nobody cares about the story behind it. It’s like the dollar bill, we have seen so much of George Washington’s face, but we really know very little about him. The superficial familiarity preempts further investigation.

When The Leaves first recorded Hey Joe in 1965, with a somewhat spastic prototype, nobody noticed, but it rose in the charts within the Billboard top 100. In fact they were responding, somewhat poorly, to a great song that they had heard wafting around on the California music scene, made popular by the songwriter, Billy Roberts, and an early California country-rock group called the Byrds, none of whom had recorded it yet!

Born in South Carolina in 1936, Billy Roberts was a San Francisco music guru, a true California hippie, before we knew what that was, and he wrote hundreds of songs. Hey Joe was his only claim to fame. His excellent folk version of the song, recorded with his band called the Grits, seems to be its true musical root, even as we hear it today. In 1966, several budding rock groups covered the song, including David Crosby (who loved the song and begged his group the Byrds to record it) who soon had "discovered" the song and attracted a handful of copycats, including The Leaves who actually beat everybody to the recording studio.

By the time Hendrix recorded it, he was under the impression that it was a cowboy song put into a blues format, suggesting the song had almost archaic roots. Although no adequate explanation of the origin of the song has ever emerged, there is no doubt that its deepest root was in folk and country soil.

Later another songwriter named Tim Rose would claim the song was a “traditional” song, and could be recorded without concern over copyright infringement. Rose claimed that he had been the channel through whom the song had passed to Hendrix. He also claimed he had heard a "traditional" song by that name, although the lyrics were somewhat different, as a child while growing up in Florida. And here is where the confusion overwhelms most researchers.

Hey Joe, where ya goin’ with that gun in yo hand?

HEY JOE! Where ya goin’ with that gun in yo hand?

I’m goin’ to shoot my ol’ lady, she’s been runnin’ round town with another man…

It turns out that a country performer named Carl Smith had recorded a song by that name in 1953. So Tim Rose may have been telling the truth, albeit deceptively:) And then again, he may have been carefully crafting his words, like a man caught in a fib. Perhaps he was taking advantage of the confusion of an incredible artistic coincidence, there being two songs, both named Hey Joe, both rising out of the southern, rural culture, both structured as a question and answer dialogue put to music. But Carl Smith’s version was a happy, upbeat love song...

Instrumental Break: Chords as per verse


As you can see, the only similarity in the lyrics are the words "Hey Joe, WHERE..." But it is very possible this was the inspiration for Billy Roberts, who rearranged the song to fit his needs. In fact, after you read Carl Smith's spunky romantic, friendly-jealous, inquiring premise for Hey Joe, you can easily imagine a before and after scenario, between the two versions. Roberts may have written his cynical branch as a parody of Smith's tree. A little musical tweaking, Voila! A “new” song is born. Artists, especially songwriters, do that a lot. Perhaps Hendrix had it right. “… A blues beat put to a cowboy song,” Oh yea, with the words completely changed to fit the music, and the antithesis of the original, with a totally negative view of relationships.

But Hendrix graciously gave the credit on his album to … Billy Roberts, not Tim Rose, and not Carl Smith; It was not a random folk song with no genesis, and not a rip off of Carl Smith, but stood on its own. Amazingly, Rose made himself a celebrity in Europe by presenting his version of the rock classic, which was overly crazed, but a damn good one, claiming and perhaps exaggerating his part in the story. If you want to hear a good contemporary version on You Tube today, listen to Guitar Shorty, or Navasota’s own Randy Pavlock.

While the hip people were listening to Hendrix, I was listening to Charlie Pride. I don’t regret that, I still love Charlie Pride. And being “out of it” gave me a lifetime of discovery and enjoyment, as our generation produced four generations worth of great music to enjoy. But music is like a river, it keeps on flowing long after you have looked upon it, and lots of stuff flows down that river. Old songs find new messengers, old guys discover old songs, and new musicians bring unexpected enhancements to old standards. Randy Pavlock’s version of Hey Joe is a wonderful example of that.

By the time Randy began to pick on the guitar, Hendrix was dead and Hey Joe had become a rock standard, drugged, butchered, paradied and regurgitated. Led Zeppelin, Deep Purple, Cher, The Music Machine and others had sung it wild, weird and woefully expanded. Others condensed it, or adapted it or just tried to faithfully salute it.

So when Randy Pavlock came out with his own version of Hey Joe, I was very unprepared to fully appreciate it. I wondered why he would cover such a common song. I was no music historian, but even I knew Jimi Hendrix and a few others had done various versions. But Randy had an incredible ace, and he played it like a river boat gambler. We all had a clue what was brewing when he brought a famous drummer with him one year to perform at the Navasota Bluesfest.

Randy had befriended Buddy Miles, one of Jimi Hendrix’ celebrated drummers. Randy wanted to do Hey Joe, and he invited Buddy Miles to sit in with him. Weak and near death, Miles agreed to attempt one last version of the song, with Randy, and the rest will be history. The album is called Miles To Go. When I first heard it, I knew immediately what it was all about, and my skepticism melted away. No wonder he covered the song!

If ever a cover song was especially inspired, this is it. Nobody will question that Randy can handle the axe, and the vocals, but what he captured in that session was something mystic, something compelling. As if out of the depths of rock history, Miles’ vocals register in your subconscious, as if channeling the spirits of rock legends in a séance. And he is not faking it. In fact he passed away soon after, and Randy was right there with him.

It’s great story, but it has a serious downside. Randy is never going to know the thrill of doing that song, with Buddy Miles, LIVE. The recording is kind of a moment unto itself, with no way to artistically or commercially capitalize on it. The CD is a full and singularly unique experience. Every time I hear it, I live a once in a lifetime experience…

And that’s powerful. A great, classic “cowboy” song, written by a hippie guru, made famous by rock legends, now polished to perfection under the tutelage of Buddy Miles. About the third time I heard the song, I was wondering when the Hey Joe revival was going to hit the air waves. But because of sad changes in the industry, it never materialized.

Randy Pavlock typifies the tragedy of the current American music mess, where the very best musicians struggle amongst the hoards, to take command of the vast quicksand of the Internet stage. Very, very few artists have the determination, money or breaks necessary to overcome the odds. Those that do are still fighting against random popular currents, changing technology, and cut-throat Media venues who only consider the bottom line. Today an Elvis or a Jimi Hendrix would die of exposure before he ever got that "big break."

The other day I ran into Randy at the hardware shop and I asked him about the song. He was his usual softspoken self, and almost unable to put into words the feelings he had about recording the Hendrix classic and Buddy Miles’ last song. He was aware that the song has an effect on its listeners. Buddy Miles, Hendrix’ right-hand man, who helped write a lot of his songs, more or less passed his baton on to Pavlock. Now Randy Pavlock shares a personal and artistic linkage to the greatest rock stars in the world. Because of the nostalgia, and the saga of the song itself, and the beautiful way Miles connected with Pavlock and did the song one more time… the last time, it is the last and best, or at least my favorite version of the song.

Randy expressed his own pleasure at the outcome. I asked him how hard had it been, to get such an artistic result, especially out of an eccentric performer who had so many health issues… “Just one take,” he smiled and added… “I’m one of those who believes that things happen for a reason.”

Randy also typifies the difference between a real artist and a wanna-be. His mastery and diligence got Miles’ attention in the first place, and led to a relationship that led to an anointed cover of a rock classic… that is certainly going to go down as a Pavlock masterpiece.

From now on whenever I hear that song, I don’t picture Hendrix, or David Crosby, or Billy Roberts, but Randy’s capstone tribute, melding with the legendary Buddy Miles, one foot in rock history, and the other foot in immortality.
Posted by Russell Cushman at 8:41 PM